What do surfing, heavy metal, a ninja grandma, and a hot spring amusement park share in common? They're all themes employed in Japan's most recent local travel destination awareness campaigns.

As the summer holiday season goes into full swing, and related to Jon's previous post (Differences in Japanese Design: Online Hotel Platforms), we'd like to share some unique examples of Japanese-oriented destination video-marketing. With the rapid growth of online video as a means of promotion and generating awareness, it's essential that content piques consumer interest and ensures a positive start to the customer journey. The videos in this post, aimed primarily at the domestic market, combine entertainment with destination highlights to deliver memorable initial experiences.

Just like other countries, summer is usually the season where Japanese people take an extended vacation. However, while a long vacation from a western perspective may consist of a two-week to one-month break, the average days of leave most working Japanese take is less than ten (something worth bearing in mind if doing UX studies related to how Japanese travel or plan vacations). Based on Rakuten's online survey on how locals are spending their summer this year (link currently available in Japanese only), the majority of Japanese plan to take 4-5 days off, with most planning to travel domestically rather than internationally. So which local destinations do Japanese visit when they go on vacation?

While Tokyo, Kyoto and Osaka are popular cities to visit all-year round, other top places include Sapporo, Naha, Kanazawa, Urayasu and hot spring areas. With the upward capacity constraints in urban areas, many Japanese have also begun to travel to lesser known local regions, thanks to the distinct, unconventional awareness-building campaigns created by regional municipalities and tourist boards.

So, domestically, what's important to travelers and how can they be marketed to? According to a survey by Nifty (link in Japanese only), the top priority for Japanese under 60 when deciding on a destination is the availability of good local food/drink. This is followed by the presence of famous sightseeing spots; the availability of hot springs; the abundance of nature; good transportation; amusement park facilities; shopping areas; local festivals and/or events, and other. Only seniors, aged 60 and older, seemed to have a different set of priorities when picking a holiday destination, with the presence of famous sightseeing spots coming first, followed by the availability of hot springs, and the abundance of nature taking third place.

So, knowing this information, how do the 1,700 municipalities, who compete for the same tourists and have limited budgets, stand out? Let's take a look at a sample of the innovative video content which regional municipalities and tourist boards are posting to social media as well as local campaign websites. The examples below cover a variety of geographies - Hyuga, a coastal town; Sado, an island; Tome, a rural inland area; and Beppu, a southern Japanese city famous for its hot springs.

Heeding central government advice to leverage local attributes, Hyuga City in southern Miyazaki Prefecture based their Relax Surf Town initiative on their beautiful coastline and laidback lifestyle. To boost engagement and appeal to potential visitors, the city has released a fun video titled "Net Surfer becomes Real Surfer." The campaign, less than 10 months on, is already paying dividends; Hyuga was recently selected to host a junior surf competition, a first in Japan for 27 years. Furthermore, the city partnered with a fashion retailer to produce a line of original character goods which were promoted at a Tokyo department store.

The video begins with an urbanite typing "lost love sea sadness" into a search engine. He selects Hyuga from the results list, but on his first trip to the beach there he encounters a surfer who comments "you don't fit in". The two become friends and the story develops from there.

Judging from the English comments, the video has garnered global appeal. Yet, despite the interest, the video is only in Japanese and is only available on the city's Japanese tourism website. 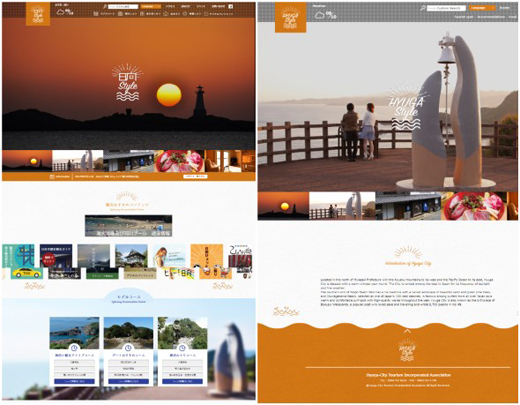 Next up is Sado Island, located about 40km off the coast of northwestern Niigata Prefecture, with their "Sado Metal" production. Despite first-rate tourism resources, the number of visitors to the island has been steadily declining. So how did the city initiate conversations about a tranquil island rich in nature?

They did the opposite of what was expected! The island recruited a heavy metal band to sing about local nature, food and attractions. Furthermore, the use of "metal" can be linked to the island's history - it's the location of Sado Kinzan, one of Japan's most productive mines.

The video is, again, only promoted on the island's Japanese site. 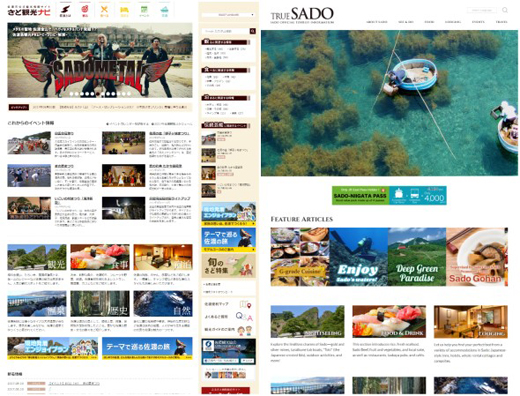 Next is the agricultural city of Tome in northeastern Miyagi prefecture. To boost tourism, the city wants foodies to come and sample the famous local delicacy "hatto", a kind of wheat flour dumpling. To do so, the city commissioned the production of "Go! Hatto. Peerless Tome". In the award-winning video, rogues are prohibiting consumption of the town's soul food. While the citizens seem powerless to stop the banning, one female senior citizen steps up to the challenge.

Again, the video has a special campaign site only in Japanese. 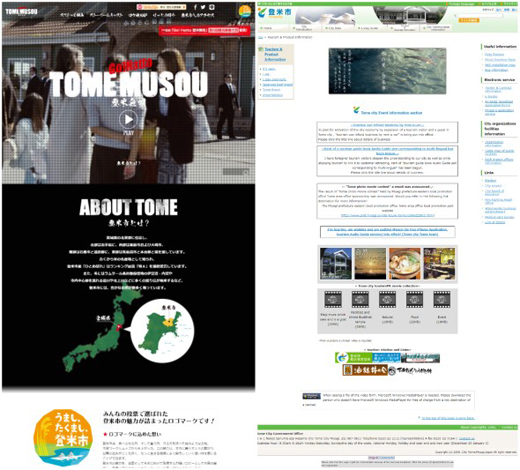 Last up is Beppu City in Oita Prefecture, southwestern Japan. As part of their "amusement onsen city initiative" the city invoked some wordplay for their video titled Yu-enchi in Japanese, or Spamusement Park. To boost global appeal, the video has English captions and they've proved successful as the campaign has been covered by media overseas. In the video, Beppu Mayor Yasuhiro Nagano pledges to realize the park if there are over 1 million social media views.

So, was the video able to pass the milestone? With the video covered extensively by media outlets both domestically and internationally, the number of views has far exceeded the target. To deliver the project, the city has established a crowdfunding initiative and the park opened for 3 days between July 29 - 31 for people who donated a certain amount to the campaign. This again earned the city awareness-enhancing media coverage. 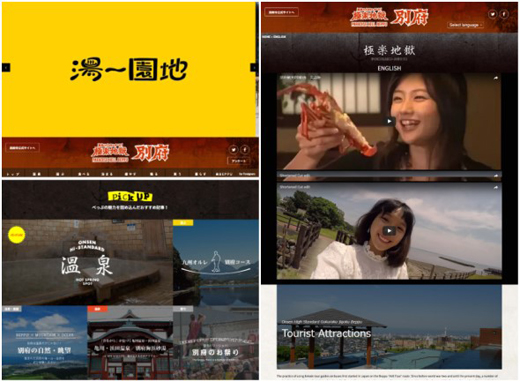 A 2016 report on the future of Japan's tourism, noted that Japan "lags behind other [international] destinations in attracting [foreign] visitors through digital marketing". However, with regards to the domestic market, municipalities are combining imagination with social video to enhance the appeal of their areas. With tourism now being taken more seriously as an engine to create jobs and boost regional spending, regional authorities have deemed breaking with convention, to produce stand out marketing content, a risk worth taking.

If these municipalities further promoted themselves to a global audience, more travelers would be aware of and be attracted to visit these destinations - this would go some way to redress the urban overconcentration of tourists and encourage visitors to explore the beautiful, historic and culturally interesting regions of Japan.

There are perhaps many reasons why promotional online content for local destinations is domestically-oriented, including budgetary pressures, perceived lack of interest of international travelers in lesser known regions and/or insufficient infrastructure to support foreign tourists etc. However, with the 2020 Olympics and growing appreciation of tourism as a means of economic revitalization, future video content within the travel industry will likely be increasingly aimed at global audiences.

If you'd like to discuss digital design, localization or UX in Japan, reach out to us at uxa-japan@mitsue.co.jp