I attended Adobe MAX 2015, held in Los Angeles, from October 5 through to October 7, 2015 with Kazuhisa Omuro, one of our engineers.

Our Apps Blog, written in Japanese, also provides some information on Adobe MAX 2015 and can be read together with this column (Report 1, Report 2, Report 3).

Based on my experiences at Adobe MAX 2015, in this column I will introduce Adobe's latest initiatives as well as newest product features.

Adobe, over the past several years has developed tools to address the following two important points:

At Adobe MAX 2015, it was announced that Adobe Creative Cloud would provide “connected workflow”, a collection of tools that would allow the work environment to shift between desktop and mobile and offer seamless collaboration with other creators. This automatically synchronizing technology was named “CreativeSync”. 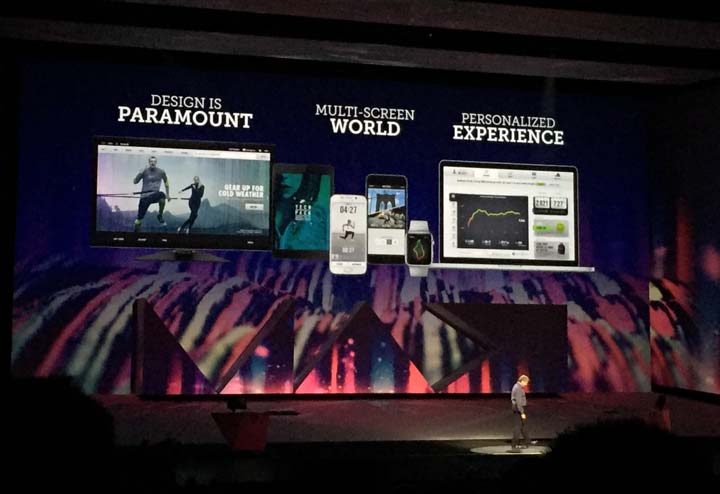 Adobe CreativeSync synchronizes design elements such as files, photos, vector graphics, fonts etc. with minimum time lag. Because of this, users can get creative anytime and anywhere they have an idea - they can start designing in one place, and finish up later somewhere else on a different device.

In addition, by taking advantage of Creative Cloud Libraries, it is possible to smoothly collaborate, exchange ideas and maintain consistency even with large project teams or with those working at outside locations.

The realization of a connected workflow will allow designers to concentrate on being more creative than ever, thus making it possible to provide clients and end users with higher quality designs.

In the sphere of UI/UX Design “Adobe Magic” 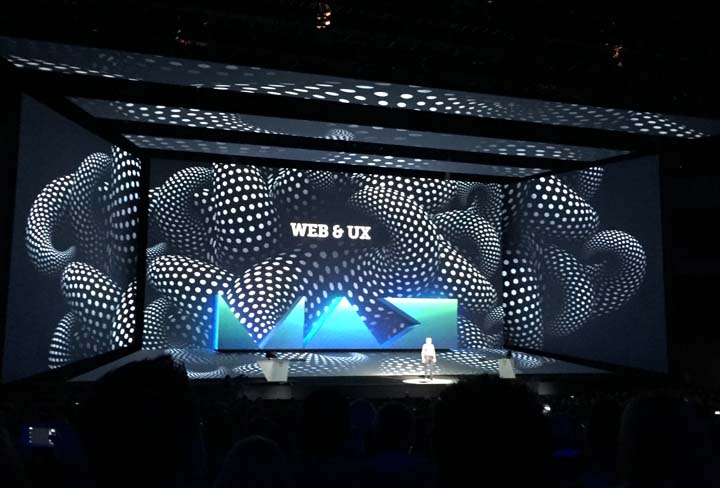 A standout feature of this year's Adobe MAX was the increased focus on UI/UX design tools.

In addition to the announcement of Project Comet as well as Photoshop CC 2015's Design Space (Preview) etc., compared to previous Adobe MAXs this year there were many sessions related to UI design and UX - the sessions were very popular.

When designing an application's UI, I take into account aspects of UX, however, I feel that a UI/UX design tool which comes close to meeting designer ideals has not yet emerged.

It is a little too early to say but when these new Adobe UI / UX design tools and features are officially released, they should make it possible to produce higher-quality designs as well as prototypes. 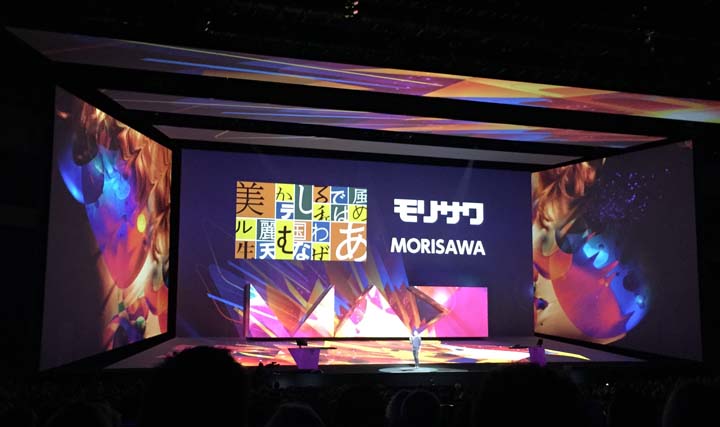 Until now there has not been any provision of Japanese font in Typekit, however during one of the keynote speeches a partnership with Morisawa was announced.

Honestly, the number of fonts remains few (20) and I cannot say when the fonts will be introduced, however, Typekit is very useful and this is something that I look forward to using in the future.

Attending Adobe Max 2015 was a very valuable experience for me, as I could learn about the latest developments regarding Adobe's new products and tools. However, by far the biggest benefit for me was having the opportunity to interact with creators from around the world that have the similar work to me.

I learned that as designers, we both expressed concerns and interest at the same things; however, at Adobe 2015 attendees were assertive at asking questions in the sessions and debating. Furthermore, despite just meeting, attendees were very open and friendly - people discussed their work and shared information - this is quite different from Japan and greatly impressed me.

Next year the conference location will move to San Diego, I look forward to experiencing Adobe's latest innovations.